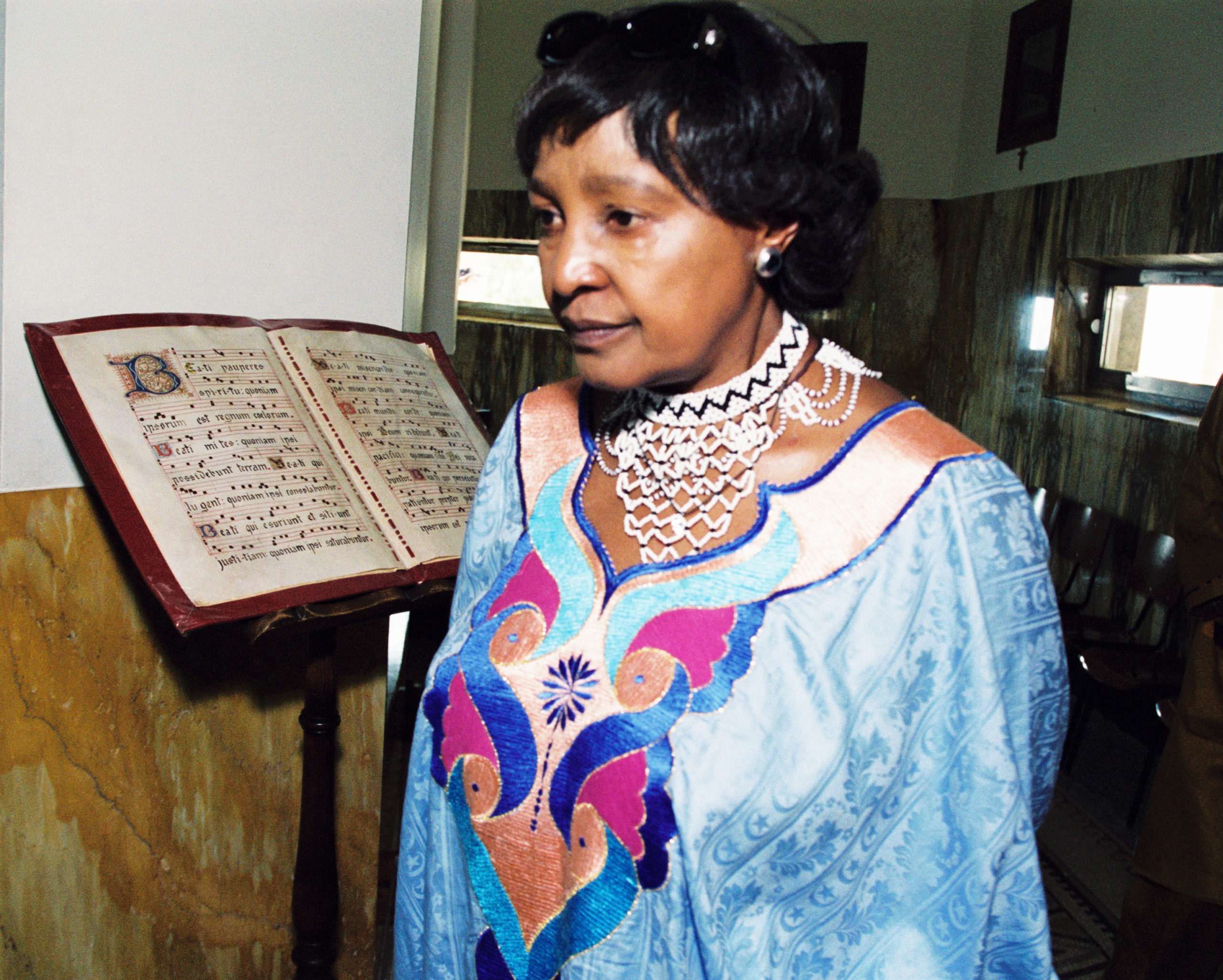 Story Behind the Photos

Story Behind the Photos

The first time that I’d photographed Winnie Mandela was as a pool photographer when I was selected to ride in the motorcade with her and her husband, Nelson Mandela. It was definitely an exciting time; however, it was not as exciting as was spending time with her one on one throughout Israel.

When had been first introduced to her, she exuded power and confidence, even though the demeanor she poised was demure.

“I like your earrings,” she said quietly with a smile.

I smiled back and said, “Thank you.” Wow, I thought: we had connected.

I “like” your earrings,” she said with more emphasis. This time I was smiling and subconsciously touching my earrings at the same time, not quite remembering which ones I was wearing.

“Thank you,” I said, almost chokingly.

“I LIKE your earrings. Give them to me,” and she extended her hand.

My first thought and probably expression was that of shock, so I swallowed and double checked to quickly determine whether I was wearing expensive earrings or not.

Discovering they were a pair of earrings that I had gotten from a boutique, I slowly removed them and looked deep in her eyes. My eyes were telling her that I’d give her these earrings, but that was it. She returned my smiles. As you would know, we understood each other and became friends.

Then there was the time when I was extremely excited to photograph Sidney Poitier. I not only loved his acting and movies, but I loved the fact that he wouldn’t take a major role in just any type of movie. He had ethics. Because of this, in all of his films, he portrayed strong and intelligent black men.

I had taken pictures of him at The Trumpet Awards and had felt that I had captured an image that depicted his character. Having the chance, I spoke to him during a quiet moment at the event he was attending, verbalizing that fact that I knew he was busy. Still, I had something for him, and I’d give it to his security, if necessary. He said he wasn’t busy and would take what I had for him. He opened the package and stared at the photograph. He took his time to access it and then smiled and looked at me. “This is phenomenal; you captured my essence.” Because that was exactly what I had set out to do, hearing him recognize my work in photography caused me to practically fall out and faint.

Prepare for an Awakening

The Power of Forgiveness