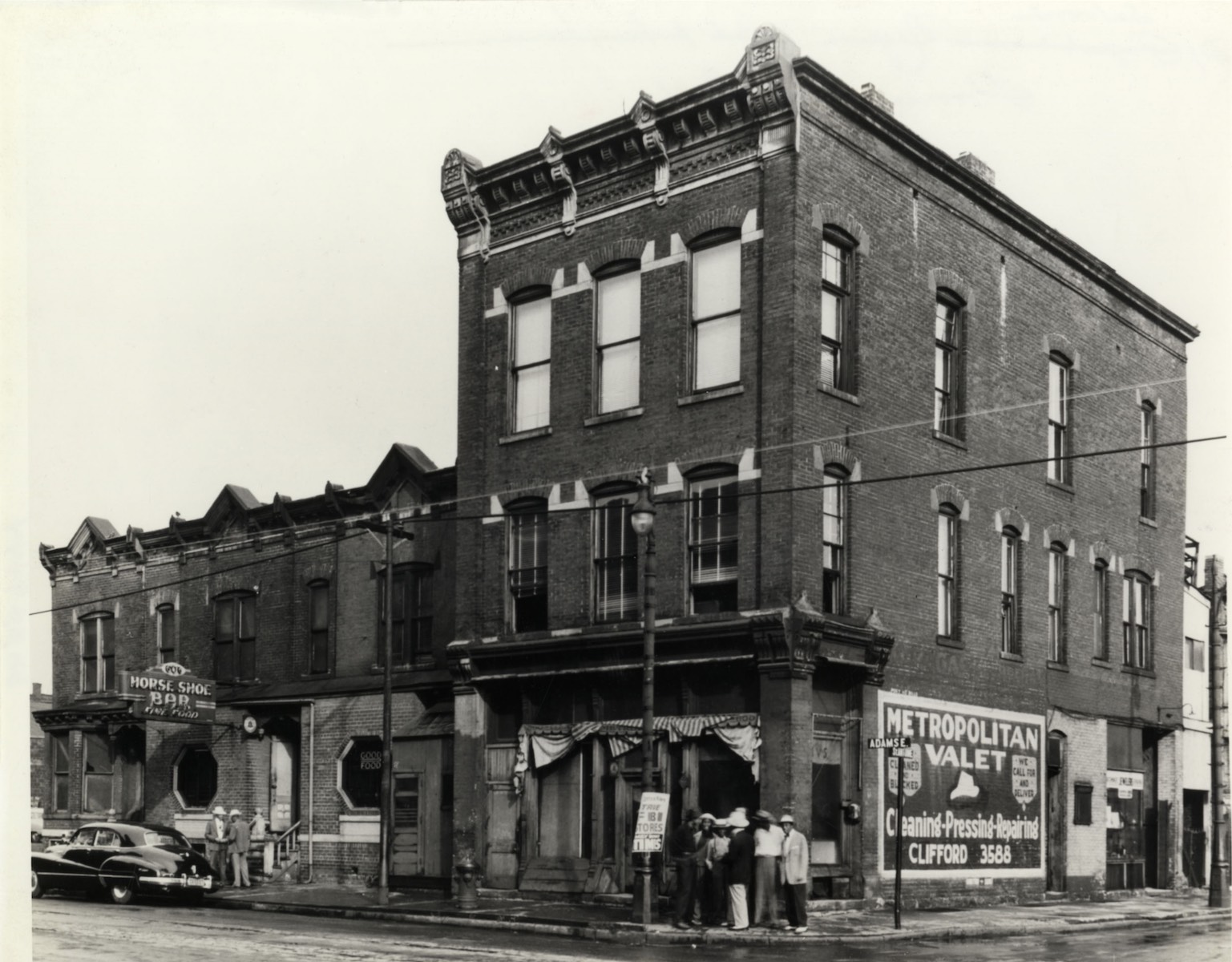 Black Bottom was a predominantly black neighborhood in Detroit, Michigan demolished for redevelopment in the early 1960s and replaced with the Lafayette Park. It was located on Detroit’s Near East Side and was bounded by Gratiot Avenue, Brush Street, Vernor Highway, and the Grand Trunk railroad tracks. Its main commercial strips were on Hastings and St. Antoine streets.

An adjacent north-bordering neighborhood was known as Paradise Valley. The two were not, however, considered to be the same neighborhood. Historically, this area was the source of the River Savoyard, which was buried as a sewer in 1827. Its “bottom” and rich marsh soils are the source of the name “Black Bottom.”

Hastings Street, which ran north-south through Black Bottom, had been a center of Eastern European Jewish settlement before World War I, but by the 1950s, migration transformed the strip into one of the city’s major African-American communities of black-owned business, social institutions and night clubs. It became nationally famous for its music scene: major blues singers, big bands, and jazz artists—such as Duke Ellington, Billy Eckstine, Pearl Bailey, Ella Fitzgerald, and Count Basie—regularly performed in the bars and clubs of Paradise Valley entertainment district. It is also where Aretha Franklin’s father, the Reverend C. L. Franklin first opened his New Bethel Baptist Church on Hastings Street.

Black Bottom suffered more than most areas during the Great Depression, since many of the wage earners worked in the hard-hit auto factories. During World War II, both the economic activity and the physical decay of Black Bottom rapidly increased. In the early 1960s, the City of Detroit conducted an Urban Renewal program to combat what it called “Urban Blight.” The program razed the entire Black Bottom district and replaced it with the Chrysler Freeway and Lafayette Park, a mixed-income development designed by Mies van der Rohe as a model neighborhood combining residential townhouses, apartments and high-rises with commercial areas. Many of the residents relocated to large public housing projects such as the Brewster-Douglass Housing Projects Homes and Jeffries Homes.